Posted on: Saturday, November 19th, 2016 at 10:42 am and is filed under Articles. You can follow any responses to this entry through the RSS 2.0 feed.

ALARM continues to ring out frantically as Donald Trump prepares to make his mark on the world. It is increasingly clear that the heartlessness of fascism is upon us again, and that this time around, our capacity for war and destruction is greater than it’s ever been.

So many different issues are in jeopardy, including our fragile environment, existing peace agreements, basic human rights, the rounding up of 3 million people for deportation, women’s rights, and the ‘normalization’ of white supremacy groups such as the KKK.

Even the most optimistic people sense that the future does not look hopeful. However, as this terrifying reality continues to sink in, humanity is experiencing a powerful emotional response – and this is a healthy thing.

Everywhere we look, the Will of the many is controlled by the few. Oppression and cruelty have reached such lows around the world that humanity’s WILL has been shaken to the point where it is starting to realize – finally – it must RESIST its own destruction.

If you do not know how to identify your WILL, you are likely to feel it very strongly now. Week 47 is an 11 Week in this 11th Month of this 9 Year, and whenever 9 and 11 combine, there is always an emphasis on the Will.

There is something else going on in this week’s 11 11 and 9 11 mixture, that may help us understand what is happening on a larger scale. 11 represents ILLUMINATION and INSPIRATION – and as we move towards the end of this 9 year of endings, the lights of reality are more switched-on than ever. The 2 energy of the 2000s represents TRANSPARENCY and OPENNESS.

In this light, we can see people as they really are. And we can be seen for who WE are too. People are being themselves. Even when people are putting on an act, the act can be seen. And it’s happening to everyone. 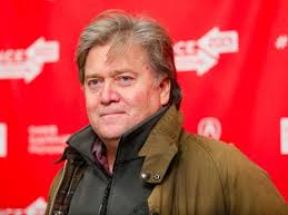 The fact that Trump chose Breitbart’s Steve Bannon as his Chief Strategist and Senior Counselor, is frightening, but what he said in an interview at Trump Tower this week with Hollywood Reporter, showed a side of him that he could not help but show. He was being himself. Bannon said: “Darkness is good. Dick Cheney, Darth Vader, Satan. That’s power. It only helps us when they get it wrong. When they’re blind to who we are and what we’re doing.”

In the transparency of 2, we can see people as they are – and what they are doing – almost like a cartoon ‘lightning-strike’ which, for a brief moment, reveals the person’s true identity. But this is not a matter of judging others. It’s a matter of clarity and being more aware. Besides, we are more able to see the good in people too, and grasp the fact that NO ONE is “perfect”.

We cannot move forward – evolve – until the WILL of the people MOVES to save itself, and resists this latest fascist force with every ounce of its power. WILL POWER. However, we can only do that by understanding the true nature of the Will, and educating ourselves with (instead of distracting ourselves from) the DETAILS of what we are dealing with in the outer world.

Naturally, the feeling that anything could happen at any moment will continue for a long time to come. And things will happen – we know this. Alternating sensations of apprehension and enthusiasm are common in this energy, and are often experienced simultaneously. 2016 continues to be a time of shock and surprise because it is a 9 Year – the number of conclusion and deep emotions. 9 is the number of tolerance – which denotes how much pressure we are able to endure. Tolerance is therefore an important form of resistance.

We are meant to be feeling on this level, at this precise time because we are developing our emotional power and our ability to feel and sense our way through difficult and unusual situations. And each of us has an ability to assist, protect, facilitate, and raise awareness in others. Week 47 brings an influx of insight and information which can help us find effective ways to resist the current threats.

In the process, we are gaining a deeper understanding of guilt so that we can release ourselves from it. The system runs on guilt, blame, and shame – all of which are forms of judgment. Remember that guilt is NOT an emotion. Guilt slows evolution down because it stops emotion (feminine energy) from expressing itself as it needs to. Expression is what propels us forward. This is why FREEDOM OF EXPRESSION must be protected with all our might.

Guilt prevents the ever-expanding openness that Free Will is meant to be. Don’t mistake guilt for love.  Guilt judges harshly and seeks punishment. Love simply loves and seeks healing.

Your donation, large or small, will help keep this ad-free site open for everyone.
Many thanks.

WANT TO GO DEEPER?
WHO ARE YOU? WHY ARE YOU HERE?
WHERE ARE YOU GOING?
Order your PERSONAL PROFILE here

YOUR CREATIVE NUMEROLOGY YEAR BOOK can help you navigate your way through these tense, extraordinary, unpredictable and evolutionary times. Each collectable book contains inspiring monthly, weekly, and daily readings for your specific yearly cycle. click here